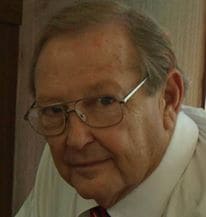 2008-2015 taught Bible lessons on the Far East Broadcasting Company airways from Seoul, Korea once per week during the English broadcasting segment.

From 1990 until 2008 taught sign language and wrote teaching materials in 16 Country sign languages to establish deaf ministries in countries of Canada, Latin America, Caribbean Islands, Micronesia, and island countries of the South Pacific.

1971 assisted in the National Census of the Deaf population serving on the committee to develop question for that census. As member of that committee was invited to the white house for tea with the first lady as thanks for that work.

1967 developed modular American Sign Language Course for establishing deaf ministries in Churches across the USA. That class was used to pioneer the establishing of deaf ministries in hundreds of churches across America. Among the classes was The Thomas Road Church of Dr. Jerry Falwell of Lynchburg, VA where we put the first sign language interpreters on their now famous Sunday television program.

Assisted Sears Co with the first marketing for the first closed captioning device by writing a survey letter for them to contact the deaf community.

1966 to 1982 worked with Bill Rice Ranch Inc. in Murfreesboro, Tennessee. Responsible for the deaf work and marketing of that ministry, saw the summer camp program with deaf people grow from 100 to over 1,500 deaf people for a two-week camp. Responsible for bringing 2,000 kids to camp two weeks out of the summer and pioneered the deaf ministries in churches around the country.

Valuable deaf contacts in virtually every major city in the country.

Have served for 30 years as Certified Sign Language interpreter with contracts that include a Lionbridge Technologies partnership and SOSi interpreting for the US Department of Homeland Security’s Immigration Court and Asylum proceedings. (ASL, LSM, Honduras SL, NSS)

Established World Mission Society in 1982 and American Society for the Deaf in 1992.